You Can't Know Everyone 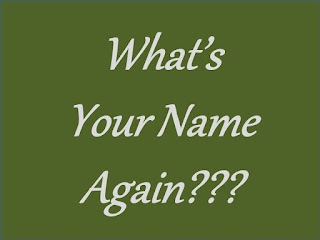 Something weird has happened the last few years,.... the definition of the word "know"...K.N.O.W..... has changed throughout our society.  Everyone thinks they "know" everyone.

Getting to know someone used to be a process.  It could not happen immediately, and nobody expected to fully understand the psyche  and personal motivation of another person by viewing them from afar.

But social media has changed all that.  People now assume a relationship because they have heard of the other person.... regardless of if they have even met in person.

"We are friends, I met him at a convention last year"

Because of this new environment there are a lot of hurt feelings when one person assumes there is a relationships when there was only an encounter.  The word "connection" is used often, but that used to mean something of value.... now it could mean we are both clicked "like" on LinkedIn.

Shaking hands at a conference and trading business cards does NOT make someone part of your network.  It makes them someone you have met once.  There is a big difference between a brief chat and an ongoing mutually-beneficial relationship.  Our propensity to seek shortcuts does not serve us well when building a network that brings value to all involved.

A friend complained recently that someone she met did not remember her the second time they crossed paths.  She was upset, and I understand, because I have been there (actually I have been on both sides of this problem!).  But in our busy society we meet so many people that we cannot possibly be expected to recall everyone, especially if the original meeting was for a short duration and did not make an impression.

I asked my friend what she did to follow up with that person after their initial encounter?  The answer was "nothing", but she still expected to be remembered.  She had not sent a handwritten note, an email or a phone call.  She had never reached out to make a referral to her new acquaintance or invited them to join her at a networking event.

Is it our responsibility to remember everyone we encounter even if that person did not make an effort to cultivate a future relationship?

Not everyone who meets me will recall me later.  Nor will some give a damn that I exist.  I do not take it personally, but instead I assume this because I do not matter in their life at this point.  Now, if I have met them several times... that stings, but everyone has their own priorities (and that may not include me).

Assuming that we are important to each person whose hand we shake is one sided.  Just because we desire their attention does not mean we deserve it.

Being forgotten once should not undermine the opportunity for a great friendship in the future.  Instead of getting mad, take ownership that you did not make a lasting impression.  If we wish to build something we need to work on being memorable.  One of the best ways to be remembered is to make a referral or otherwise connect the person with someone who brings them closer to their goals.  Now you cannot do this for everyone, but too few people ever do this for anyone.  Serving others in some way will make it more likely for you get noticed.

You can't "know" everyone.  It is okay.  And not everyone wants to know you.  Focus on the people who you do know, those whom you want to get to know better, and especially those who show a desire to create a long-term friendship where you both seek to help each other succeed.  It takes time to really establish a network.  Stop thinking it is about knowing everyone and cherish the ones that matter.

Show you care by being the one who instigates the follow up and maybe they will remember you.  If you want people to care that you exist then show them you have an interest in their success, too.

And if they do not seek to establish a relationship... so what.... send them good vibes and move on to someone who does think you matter!

Posted by thomsinger at 4:11 PM

Email ThisBlogThis!Share to TwitterShare to FacebookShare to Pinterest
Labels: networking