Networking After The Election 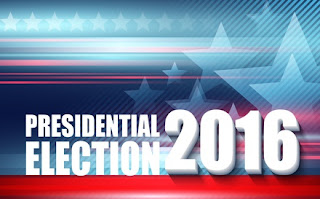 You can network in a politically charged world.

The 2016 election in the United States lasted a long time and was an emotionally charged experience for many people.  The success of Donald Trump was viewed with surprise by people on both sides of the aisle and the reactions from American’s bridged feelings spanning from excitement to horror.

But the sun came up again and people have returned to work.

The deep divisions between Democrats, Republicans and Independents are real and yet most people interact in a professional capacity with countless others who do not share their political views. We live in a country with citizens who have a variety of opinions on all subjects, and we must not let our beliefs stop our ability to do our jobs.

How can those who are so opposed in the ballot box co-exist and even thrive in the work place and in their communities?

There had been lot of ill feelings building for months and it had become common for people on Facebook, Twitter, and other social media sites to announce they were unfollowing those who supported candidates of whom they did not approve.  The morning after the election it got worse with people announcing that they hated the souls of anyone who did not vote in the same way they did and wanted to never have contact with people who had chosen different options than they did in the election.

Reality television programs over the past 15 years have highlighted people behaving badly and saying hurtful and harmful things in any situation. Arrogant and hateful have become normal and acceptable reactions in our society, and were common with the candidates and their talking heads on both sides during this election.  When emotions are high it seems like lashing out is the way to go, but I am not sure this is an advisable way to behave at work when we dealing with co-workers, clients, vendors, etc…

Disapproval has become a common look in people’s eyes if they encountered anyone, on-line or in person, who had cast votes that did not match their own.  Anger and hate toward a candidate has morphed into how we now feel about all their supporters.  Even those who voted the same way are suspect if their reaction to the election results (positive or negative) is not in alignment.

The CEO of Grubhub, Matt Maloney, wrote an emotional email to his employees after the election slamming the policies of the president-elect and asking for the resignation of those on his team who voted for Mr. Trump.  His emotional email, which went public, brought a lot of negative attention on him and his company.  The stock priced even dipped, and Maloney had to apologize.  While he was not fired, he easily could have been in today’s politically correct climate.  We should all learn to think before letting our emotions allow us say things that can offend people in our business network.

While deep and raw feelings are being churned up by the Electoral College map and popular vote numbers, can we still build business relationships in the post-election world?

Should we network when the hot potato of politics is still so fresh on our minds?

I say yes, but we all must proceed with awareness that transcends our personal opinions about the election cycle.  We must accept that things do not always go the way had hoped.  If things did go our way we should not gloat.  Business and personal relationships should be able to go beyond elections, and we can learn and grow when we are around people with different points of view.

Ten tips for networking after the presidential election:

3. Look for topics that are less controversial.

5. There is rarely value in debating politics in a business setting.

7. If you disagree, simply state you have a different outlook.

8. Remember that politics are personal and emotional for many people.

9. You can’t change the mind of people about their vote.

10. Be respectful. (yes, I said that twice, because in today’s society this is a good reminder).

No matter what happens with the new president, there will be opportunities for everyone.  In good time and in bad times, under Republican presidents and Democrat presidents, there are people who achieve business success. You are in charge of your own economy.  Do not let the narrative in Washington DC keep you from creating long-term and mutually beneficial relationships in your business community.

Posted by thomsinger at 6:52 AM No comments: