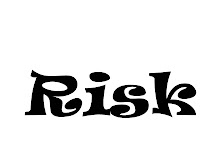 There is much talk about the desire for "alternative conference formats".  Meeting organizers are bombarded with advice to try new things, but how alternative should they get?  Are attendees really seeking different or just something more engaging?  Audiences are hungry for an enhanced "conference attendee experience" that reaches their soul more than having a celebrity share the details of their gold medal or their other life accomplishment.

But what does this mean to take a risk?

Attempting something new does involve a chance that people may not appreciate the new format, or they may not understand what is happening.  I hosted a "Learning Lounge" breakout room for an industry associations where there were several concurrent talks, participatory round tables, etc...   A woman walked in to look around, and while the room was a choice (there were traditional breakout sessions in other rooms at the same time), she complained that it was "weird" and that she was more comfortable with a regular lecture.  She then complained that the organization wasted time and money with the alternative learning format room, saying she thought an extra track would have been better.   (Most people loved it, but you cannot please everyone!).

A potential client who is thinking about hiring me as "The Conference Catalyst" for her event claims their committee desires a re-invention of their annual meeting.... but they do not want anything that is not guaranteed to be fantastic.  That is the problem, you cannot by definition have an experiment with a pre-determined outcome!  She admitted they are seeking a traditional conference agenda that people will "feel" was unique. I am not sure that is possible.

Her problem is that she hears the message of trying new things, but is not really confident in her own instincts. I also think she fears that if anything goes wrong she will be held responsible (while if it succeeds the planning committee will claim the credit!).  She secretly believes other events are doing wonderful things, but since she does not attend any other events (She has never been to an MPI, PCMA or ASAE event) she has not witnessed anything beyond her own repeated agenda.

This is why I believe planners must go to other events and talk to each other (in person and online) about what they are seeing attempted.  The meeting and association industry organizations do a great job of trying to make their conferences laboratories where new things can be tried.  But even at those events there are people who hate change and are turned off by the efforts to attempt something unique.

There are all kinds of "playful" things at conferences that encourage people to have more fun, get out of comfort zones, enjoy themselves and be part of the experience.  I find it satisfying when a client wants to do something different, and many of my friends who are professional speakers are thrilled when a client want to get them involved to attempt something special. Speakers who work often get to witness many conferences, thus planners should always partner with their speakers to garner ideas.

Unique topics with speakers from outside industry is one way to shake up normal routine of a meeting.  I am surprised how many organizations only use those who are from their own business circle for presentations. This is often not the fault of the planners, as I spoke for at a legal conference (my topic was business development, and I am a former legal marketing executive) and one attorney came up to me and confidently proclaimed that I should never have been hired to speak as non-lawyers are not capable of understanding the complex life of a lawyer (ummm, I was not teaching a legal topic...I was talking about getting more business).  A non-lawyer speaking at a legal conference apparently can be risky.  I was among the highest ranking speakers on the surveys, but the planner now only uses lawyers as speakers because a few people were vocal about those of us who were not attorneys.

Others change up the schedule, putting the keynotes later in the day.  This is a good thing, especially on days two and three, as people tend to sleep in and skip the morning sessions (to sleep off hang-overs or catch up with the office).  But that also can limit the attendance in the morning breakouts.  Starting later altogether can get more people into the general sessions, but then some will complain about not having a robust enough schedule.  I witnessed one group who had "optional" sessions early, thus implying the later agenda was more important (and the turn out for the later sessions was very good!), but the morning events were rather empty.

Unique meals and how those meals are organized can also create something memorable, but can be expensive. Getting a hotel or conference center to go "out of the box" with food and service often comes at a price.  I have seen some cool things done with food choices and the entertainment, but they cannot be done right without money and a planner with a big vision for something amazing.

Breakouts where attendees have to stand the whole time or sit on large pillows can cause people to take notice, and studies have shown that when you shake it up and engage people they retain more information. But some attendees are turned off by such ideas and will skip the breakout sessions with non-traditional set ups.  I have witnessed people walking out of sessions that appeared to have a gimmick in the way the chairs are arranged.  The sad part is these same experimental formats are often the ones where people who participate get the most value.

The real risk to an event does not come from trying something new, it comes from the unexpected.  Natural disasters, the passing of someone high up in the organization, a power failure, etc.... are what can create the real problems.  The 2013 Super Bowl was knocked off for 34 minutes by the lights going off in the Superdome.... and that caused most of my meeting planners friends to feel a sharp pain in their stomachs.

I believe people are forgiving when an attempt at something new is less than fantastic.  But when the agenda looks the same as a conference held in 1992 they quickly get board and become critical of the whole event.  One does not have to take people out into a field and bang tambourines to create a unique experience, but anything new will involve risk.  Those who change the world have always been willing to look risk in the eye and take action anyway.

What else are you seeing at events where organizers attempt something new to make the experience different?  What is the real risk in not taking a risk?  And what if the lights go out?

Should events be changed at all?  Maybe a current best-selling author keynote, followed by three tracks with sponsors presenting white papers, and then a chicken lunch is the ideal way to host a conference (but it does sounds boring, doesn't it?).  This is a discussion that our industry must continue to hold if there is to be real solutions.  Speak up and share your thoughts with someone!

Thom Singer is known as "The Conference Catalyst". He works with meeting planners and conference organizers to set the tone for a meeting. His presentations educate, inspire and motivate attendees to engage deeper in the event and make meaningful connections.  http://www.conferencecatalyst.com

Posted by thomsinger at 7:29 AM

Email ThisBlogThis!Share to TwitterShare to FacebookShare to Pinterest
Labels: meetings

Very good article, Thom! I think successful risk-taking requires an in-depth knowledge of the audience. If a large number of attendees are uninterested in experimental formats, the conference organizer needs to do a better job of understanding the attendees and their goals for attending. I think new formats can work (and be beneficial), but they'll take a lot more than just throwing some large pillows on the floor or handing out tambourines.

Great points, Thom! I'm a learning consultant, facilitator, and coach subject-matter experts who lead learning for their peers and other audiences. To your point about trying new things and taking a bit of risk, I've found that people who say "My group would never go for that" (whether "that" is an outside speaker, a new format, fiddle toys on the tables, or anything else different) have never had an experience with "that." It's been my experience that once they do, they rarely want to go back to the old ways.

If I still get push-back, I tell them that if I can get mid-career, PhD-level scientists to make up songs about their workshop content and then SING those songs in front of their colleagues...and have great fun doing it...you can do anything.

I have to say I was very impressed with PCMA's experiments at this year's Convening Leaders...at least for me, they were a great success!