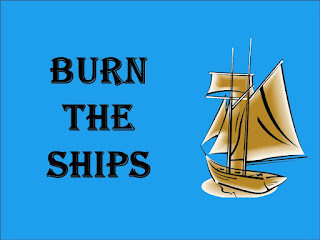 I got a call from a young professional who is thinking about moving to Austin, Texas. He is about the same age that I was when I chose Austin as my home twenty-one years ago (or rather, Austin chose me).  We have a mutual friend and he was counseled that I would be a good person to talk with about his pending relocation.  I was 25-years-old when I left my native California and came to Central Texas.  I came here for a job thinking I would stay three years and I got lucky -- Austin became a great home for our family. This enterprising young man is 26-years-old and has researched where would be the best place to build his creative career and future. That is better than luck... that is foresight!

We talked about why Austin is great and he shared that he was having trouble finding employment opportunities from 1000 miles away.  I explained that there are lots of creative, young, hard-working, educated professionals in Austin.  Thus there was little reason for a company to invest the effort in interviewing him, waiting to see if he is really coming, etc...  Even though he did not expect for a company to pay his relocation fees, the reality is he is not the easy choice.

I suggested he get in his car, drive to Austin, live with his friends (he has college buddies how live here) and seek employment as a local.  At 26 he has no other responsibilities.  With a car and his friend's couch he can re-position himself as the easy and best choice for a potential employer.  Looking for a job from a distance (without something unique that is overly appealing) was not going to get the job done.

My advice of "Burn the Ships"....(get to Austin and make it home... then figure out the rest) would not work for everyone.  Some might be frightened.  Others have financial or family commitments that will not allow an "all-in" action plan.  But this guy understood.  He immediately changed his social media profiles to show his residence as Austin, and is on his way to Texas.  Right on!!  My guess is he will find a great life ahead and Austin will be a better place to have one more person who understands the value of taking risks.

And what happens if he can't find a job?  Or if Austin does not work out as he hopes?  At least he tried and he will not spend a life wondering.  He is 26 and has parents in his home state that would welcome him back.  He can easily start over if Texas is a flop.

Not just making a geographic move, but in many things, those who succeed are committed, focused, and do not "hem and haw" about all the options.  They take action.  They go for it.  I did this with my career as a professional speaker.  In 2009 I made it my full-time effort.  With a family to support and a recession tearing many businesses apart I started earning a living as a speaker and trainer.  It was hard.  We took risks. While I have worried, fretted, and struggled all along the way.... I have never regretted the decision.  To have gone in with a toe in the water would not produced the same results.  To have never tried it would have left me incomplete. I still have not "made it" to the end-goal, but the journey itself has been great.

How about you?  What do you want to do?  Are you hemming and hawing?  Maybe it is time to go for it.  Burn the ships!

thom singer
Posted by thomsinger at 10:51 AM

I have done something similar to this several(3) times. I just packed up and moved thousands of miles without a job or knowing more than 1 person (or in my 1st move - no one!) You have to just go and be in the city to find a job. It's scary but without the responsibility of providing for a family, it's not as hard as it seems.

Nice story Thom! Finding a job is challenging in Austin.